Although València is internationally recognized for its Mediterranean gastronomy and more specifically for its paella, there are several drinks that have made this wonderful city famous for its uniqueness or its name, such as Agua de València or horchata.

Therefore, from Flight Mode we would like to tell you a little about the three most famous drinks in the city and where you should go to taste it as a true Valencian.

One of the most refreshing drinks in Spain is Agua de Valencia and also one of the most popular for foreigners along with sangria.

As a curious fact, the Valencian writer and journalist Maria Ángeles Arazo tells in her book “Valencia Noche” that this cocktail was invented in the 60s at the Cervecería Madrid de València, a common meeting place for neighbors and visitors due to its fame in those years, although it was not until the mid-70s when this drink became really popular until it became the quintessential drink of the Valencian night.

Like paella, it has a simple recipe that must be respected to maintain its flavor, so if you want to make it at home, keep these proportions: 33% natural orange juice, 16% gin and another 16% of vodka and finally 33% cava or champagne, mix everything and let it cool for a few hours in the fridge. Sugar is an optional ingredient that depends on the taste of everyone.

If you want to try it in the same place where it was invented, we recommend El Café Madrid (C / Abadia de Sant Martí, 10)

If a drink characterizes the Valencian field and is the main local remedy when the summer heat hits, it is horchata. This drink, originally from the town of Alboraya, very close to València, is made from water, sugar and “chufa”, some small brown tubers that are the main crop in the area.

Unlike the Agua de València or other local drinks, the origin of the horchata is a bit ambiguous, since although there are scientific studies that date it from the 12th century, there are experts who assure that this drink was already known at the time of the Roman Empire .

Therefore, if you want to try a good horchata, from Flight Mode we recommend visiting the town of Alboraya, just 5 minutes from Valencia, and delving into one of its famous “horchaterias”, although personally our recommendation would be to visit the Horchateria Vida (Partida de Saboia, 6, Alboraia, Valencia), one of the most traditional nowadays.

Although the name of this alcoholic drink does not originate from the Valencian Community, since it receives the name of the Sevillian population where it originated, Cazalla de la Sierra, this variety of anise has become a classic of Alicante and Valencian distilleries and local festivals. It is rare to see a “casal fallero” without a bottle of Cerveró or Ferri, the two most famous brands.

It is usually served with water, which is known as a “palometa”, and as a curiosity it happens that when mixed, the alcohol which is transparent turns into white.

For a place to take this drink, although any bar will serve it without any problem, we recommend El Café de las Horas (C / Conde Almodóvar, 1) for its decoration and French ancestry as well as anise. 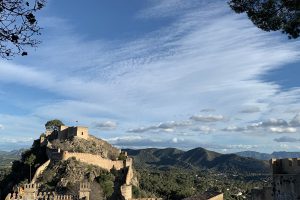 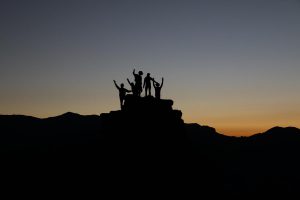