Many of our family and friends may want to sunbathe on the beach or in one of the wonderful coastal areas mentioned in the previous article. However, the interior of the Valencian Community offers those people who prefer the mountains and nature in front of the beaches a great variety of landscapes and places that are worth visiting, either for their beauty, their history or their culture.

For this reason, at Flight Mode we would like to make a series of recommendations about the towns that the Region of Valencia has to offer and you should visit them if you prefer the mountains over the sea:

If there is a municipality in the interior of the region that reveals the historical past of Valencia and its surroundings, it is Xátiva, also known as Játiva. This town was for centuries one of the most important cities in the area, competing with Valencia.

Famous for being the town that gave birth to one of the best-known families, the Borgia, Xátiva was a reference point for both Visigoths and Muslims. Moreover, after the War of Succession, the first Bourbon King, Felipe V, ordered the burning of the town for its support of the Austrians. A visit not to be missed is the spectacular castle from which you can enjoy one of the best views in the area.

One of the most beautiful and unknown villages in Castellón and the Valencian Community is Ares del Maestrat. This unique municipality is located more than a thousand meters above sea level and has several cultural attractions such as its Templar castle or the prehistoric paintings in the Gasulla Ravine, declared a World Heritage Site by UNESCO.

Also, the geographical location means that this town has impressive views of the Alto Maestrazgo region where it is located, as well as of the famous Muela de Ares, on which the castle stands.

A town that deserves a stop almost obligatory if one visits the interior of the Valencian Community and more concretely of Castellón is Morella, considered as one of the most beautiful towns of Valencia

Walking through the streets of this village is like a journey back in time to medieval times due to its perfectly preserved wall as well as the castle that stands out from the rest of the village.

In addition to the charms of its streets, the Caves of Morella La Vella, where you can observe cave paintings, as well as see the remains of large saurians in the Tower of Sant Miquel or visit the beautiful Convent of Sant Francesc.

This small village located in the interior of the province of Valencia seems to have stopped in time. The history of Chelva dates back to Roman times, although a multitude of cultures lived together in its streets until the Reconquest, so this beautiful town has an important historical and cultural heritage that is very well preserved.

A plan that we recommend from Flight Mode for all those tourists who dare to visit Chelva is the so-called Water Route, which runs through the town on its streets and surroundings and allows visitors to see the neighborhoods of Arab, Jewish, Moorish and Christian origin that form it and show the cultural mix that has lived the municipality.

A short trip to the city of Valencia itself for those culture lovers who wish to learn about the history of the area is the town of Sagunto. This municipality was a settlement for the Iberian culture although the main attractions that can be visited are of Roman origins such as its impressive theatre, the remains of the temple of Diana, or the Jewish quarter. Besides, every year at the end of April, the municipality organizes a Roman culture festival in which classical plays and popular workshops are held for all those who wish to participate and learn a little more about Roman culture. 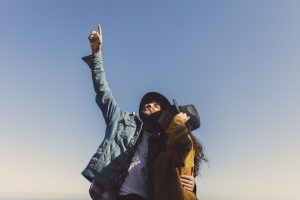 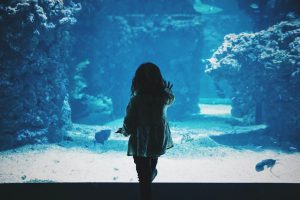